I mentioned in my last woefully old post that we were planning an adventure to the White Mountains in eastern Arizona. Why go there? Because the White Mountains is on my list of “special places”. In this post, we live up to that promise with a lovely diary of our adventures including Airstreaming, mountain biking and camping.

I’m sure by now it’s come through I deeply miss traveling full-time in the silver tube, but there is one benefit to living in sticks & bricks – those brief opportunities to escape the bonds of careerdom are even sweeter when the diesel motor is roaring and the horizon is ahead. 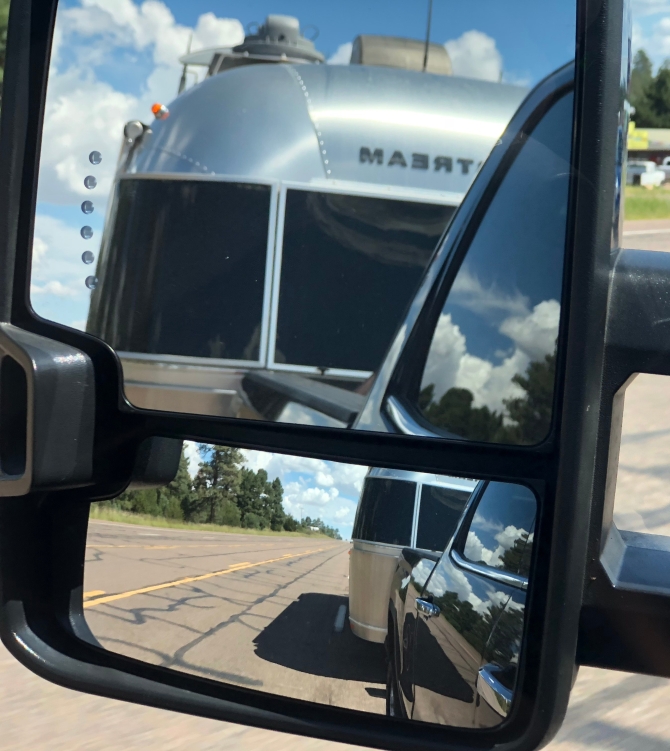 As the kiddos head back to school, the sun sits lower in the sky and mother nature is about to release her triple-digit grip on the valley Fred and I embarked on a multi-day adventure to the high country.

We were equipped with a gaggle of new technology, including a GoPro Hero 6 and more suction cup camera mounts than an octopus. We made our way into the wilderness to do some serious dispersed camping and to review no less than three mountain bike trails.

To get there we pass through Payson, up the Mogollon Rim, though Show Low, then Pinetop and finally to Los Burros Campground. 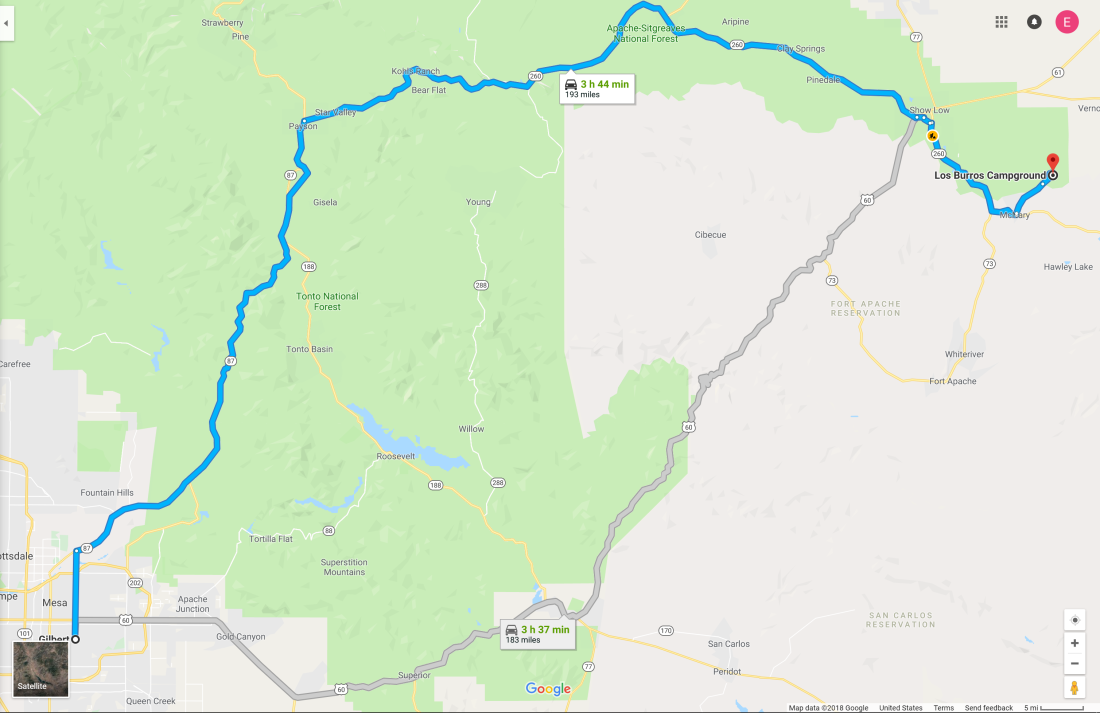 For the visually oriented you can see part one of our adventure at our YouTube channel here! And then continue reading on below for a written account of how Fred almost got eaten by a bear.

Ok, Fred wasn’t almost eaten by a bear, but you will see some nice pictures and a dachshund in the woods, what could be better than that?

Our stop in Payson usually includes a quick bite at Sonic.

And a quick adjustment of the GoPro hanging off the back of the Doxi Bus. 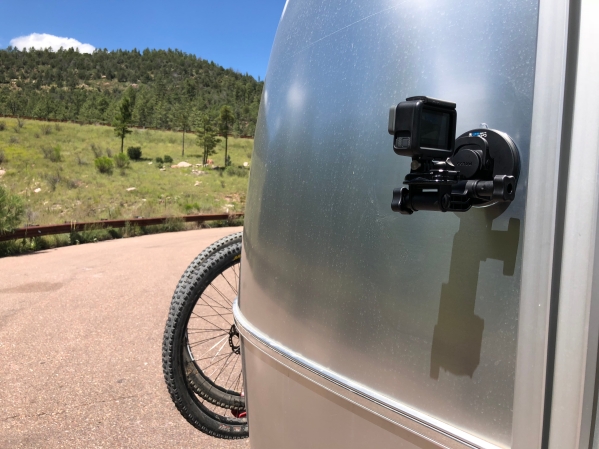 Immediately outside Payson the drive then takes us up “the wall”, or more correctly the Mogollon Rim. This rift is a violent uplift that runs east to west splitting Arizona essentially in north and south halves. Any drive north in Arizona, therefore, ultimately climbs up this jaw-dropping terrain.

At the Mogollon Rim visitors center you can look out over the Apache-Sitgreaves National Forest. When I think of Arizona this is where my mind goes.

After gorging ourselves on photos we moved on, passing through Show Low then Pinetop and ultimately into the far eastern arm of the national forest’s Los Burros Campground. As for booking reservations at Los Burros, I’m kidding. Where we’re going we don’t need reservations – Los Burros is free!

For amenities, this campground has a vault toilet.

In exchange for this sparsity, though, you get unbelievable views of flower filled meadows, giant trees and blue sky.

Sites are first-come-first-served and there isn’t any running water or trash pickup. You pack everything in and pack everything out. It also happens Los Burros forms the trailhead for the Los Burros Loop, one of the best trails we rode up there.

Finding Los Burros completely full is uncommon but we arrived close to Labor Day and the campground was full, so we were forced (aka thrilled) to do some dispersed camping along one of the many fire roads in the area. We landed only a quarter mile away in a lovely aspen grove.

Does it get any better than this?

Close to Los Burros there are a number of small towns, a casino and an interesting watch tower used by the forest service during high risk months for spotting smoke.

You can even pop into New Mexico with a fairly short drive. But make no mistake, Fred and I were here to mountain bike so that’s what we did!

I’m going to come at you soon with more detailed reviews of each of these trails but Fred and I rode three different loops over three days and here’s a primer. 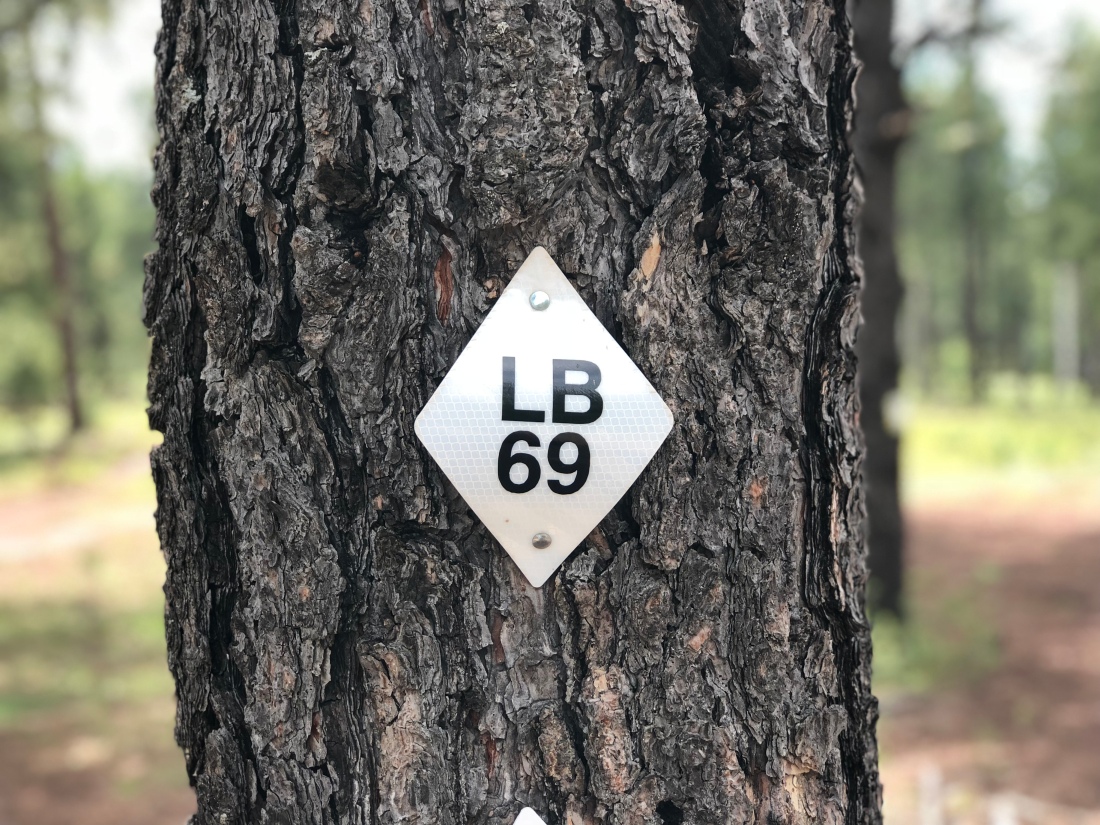 And epic stretches of aspen and pine.

Land of the Pioneers

The Lake Mountain Loop was a ‘make your own adventure’ ride as I call them but lets just say to get up there it involved some walking.

Anyhoo, how many time do you get to go into an old volcano caldera? Well that’s what the loop is, a trail around a volcano!

No smoke or lava here, though – just lush greenery. 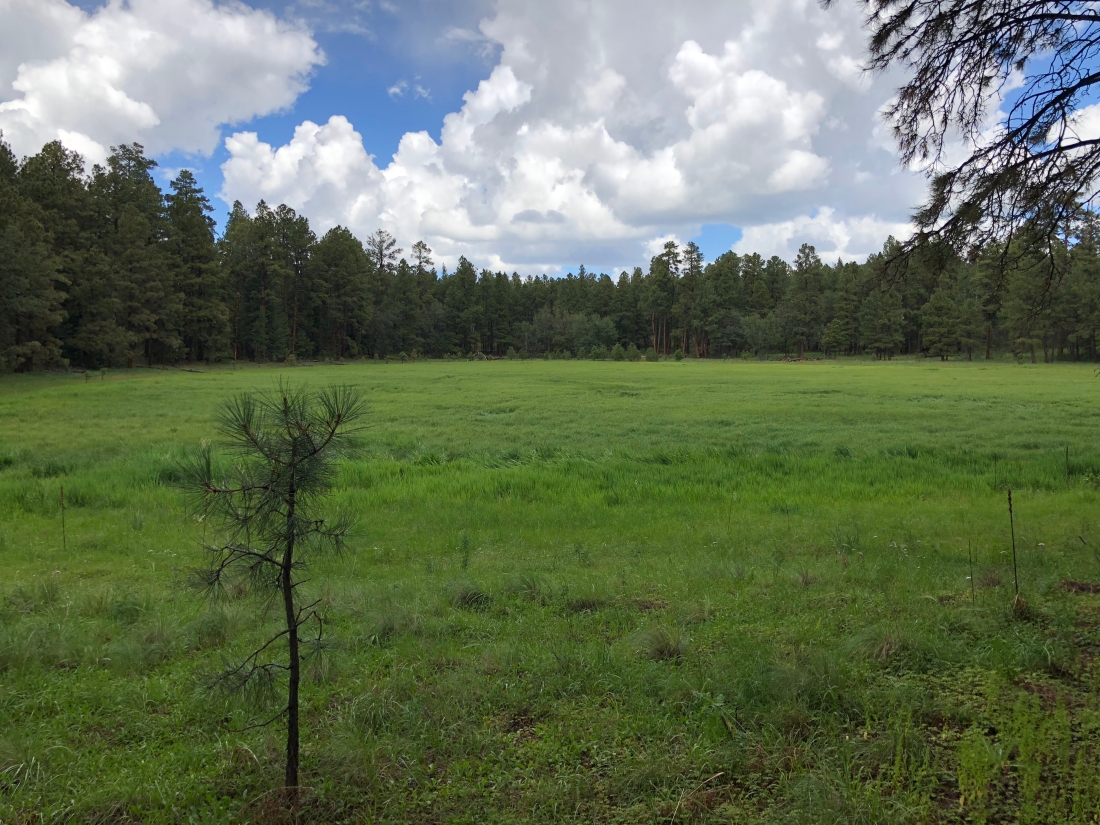 Ok, you knew it was coming. Flower time! With all the rain this season there were more flowers and greenery that I’ve ever seen here so I must share. 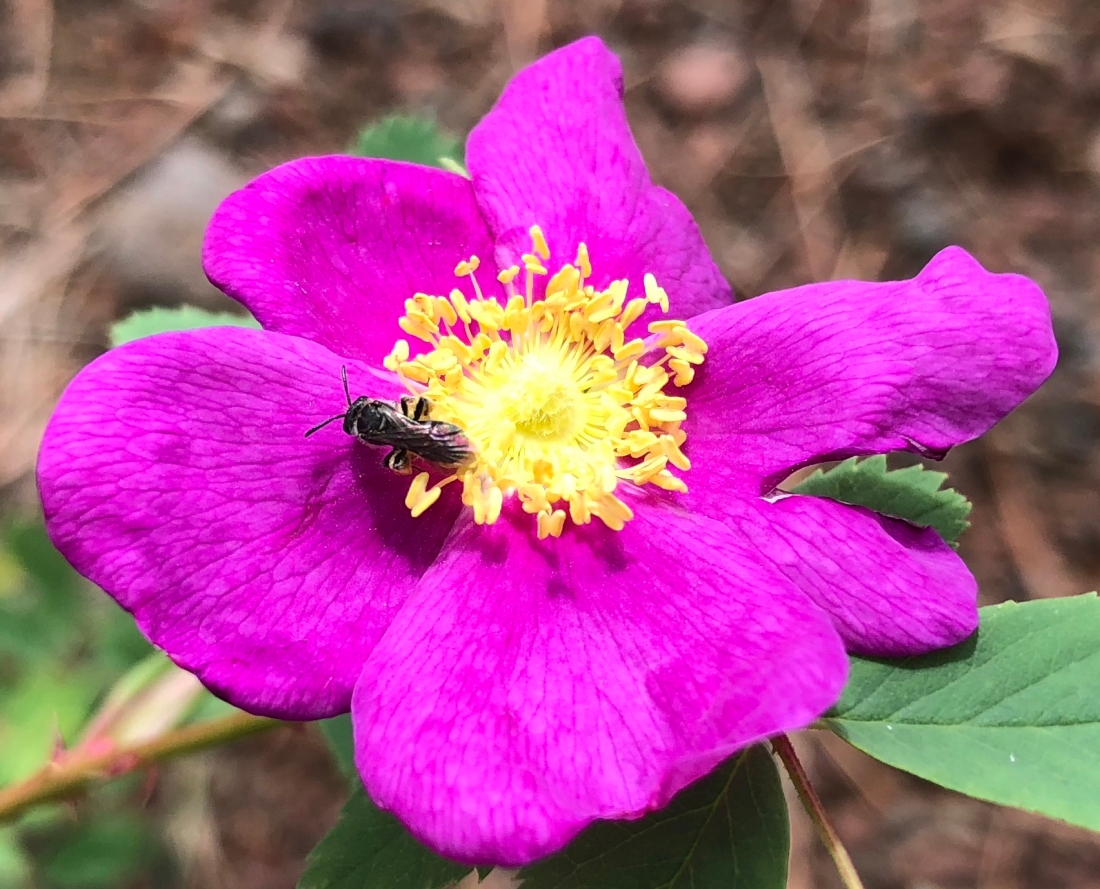 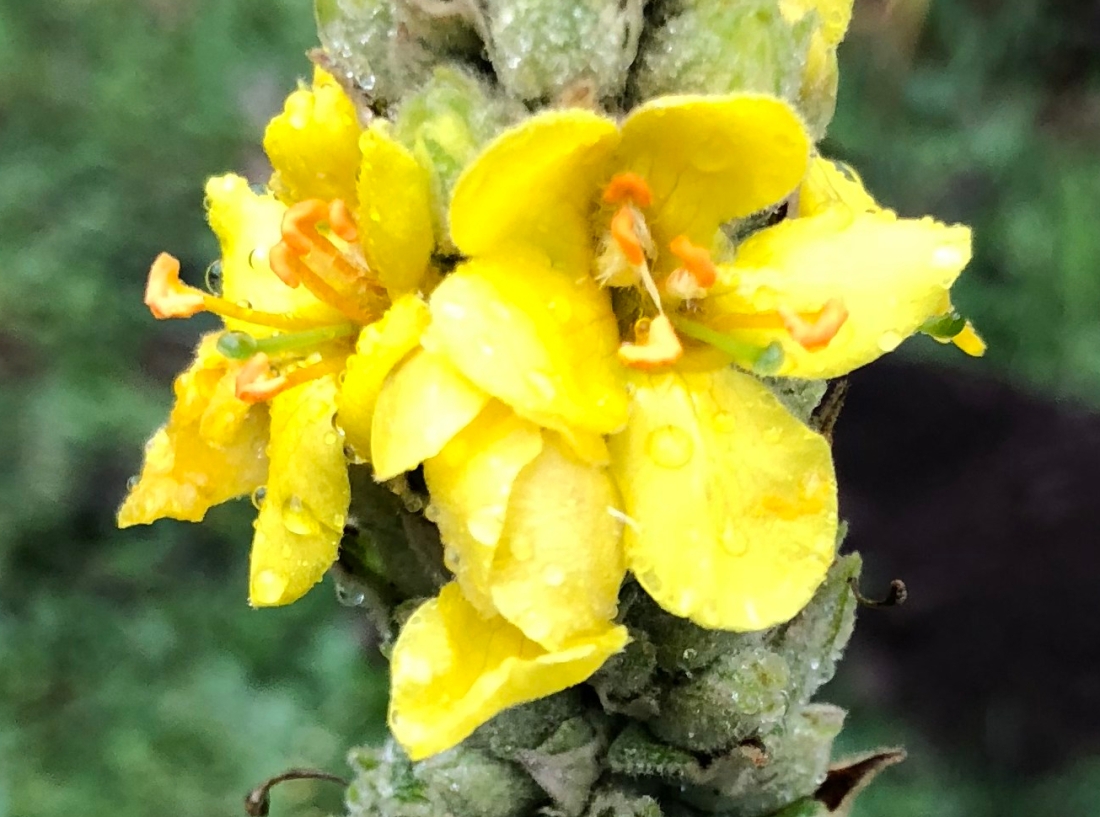 Ok not flowers, but mushroom can be kinda cute?

What Could Go Wrong

It had to happen I suppose. After a pretty good run with the Airstream she decided to get a little grumpy. Maybe she’s telling me she doesn’t get to go out enough?

The first night at our sweet sweet location we discovered the furnace wasn’t working. This wasn’t entirely fatal as we did have the generator and the heat pumps worked fine, but that’s only when the generator was running which usually isn’t overnight. That made for a couple of mildly uncomfortable sleeps but not unbearable. The ultimate diagnosis?  A failed limit switch.

The first night at our sweet sweet location I went to roll out the guest bed which cleverly lies under the front sofa and literally ripped the decorative fascia off with my hands. Examining the wreckage I could see the stupidity of the design: The panel is held on by three small wood screws that are a) too shallow so as to prevent poking though the decorative laminate and b) prone to self-releasing in the continuous shock and vibration environment the trailer offers.

The obvious solution was to draw three #8 machine screws through the front of the fascia and affix them to the aluminum bed frame with lock washers and nuts then cap the machine screw heads with the same white button covers as are used in ten thousand other places in the trailer.

Fred and I kind of lost our mind on this trip, we have three more videos on the way as we review each trail we rode. It sure wore Ginger out.

In the meantime take this away with you, the White Mountains are awesome, and should you have the opportunity go there!