Welcome to day 5 of our Moab musings! See what I did there? A little alliteration – pretty fancy right? Today was another mountain bike ride and lazing about and gazing wistfully into the Colorado while eating Doritos, drinking beer and reading my book.

And wondering why cell coverage is so bad…

But anyway, because of all that belly button gazing today’s blog is shorter but that’s ok, enjoy the pictures.

The North 40 is a short and fairly laid back blue/black trail north of town in what is referred to the as the “Bar M” trail system. 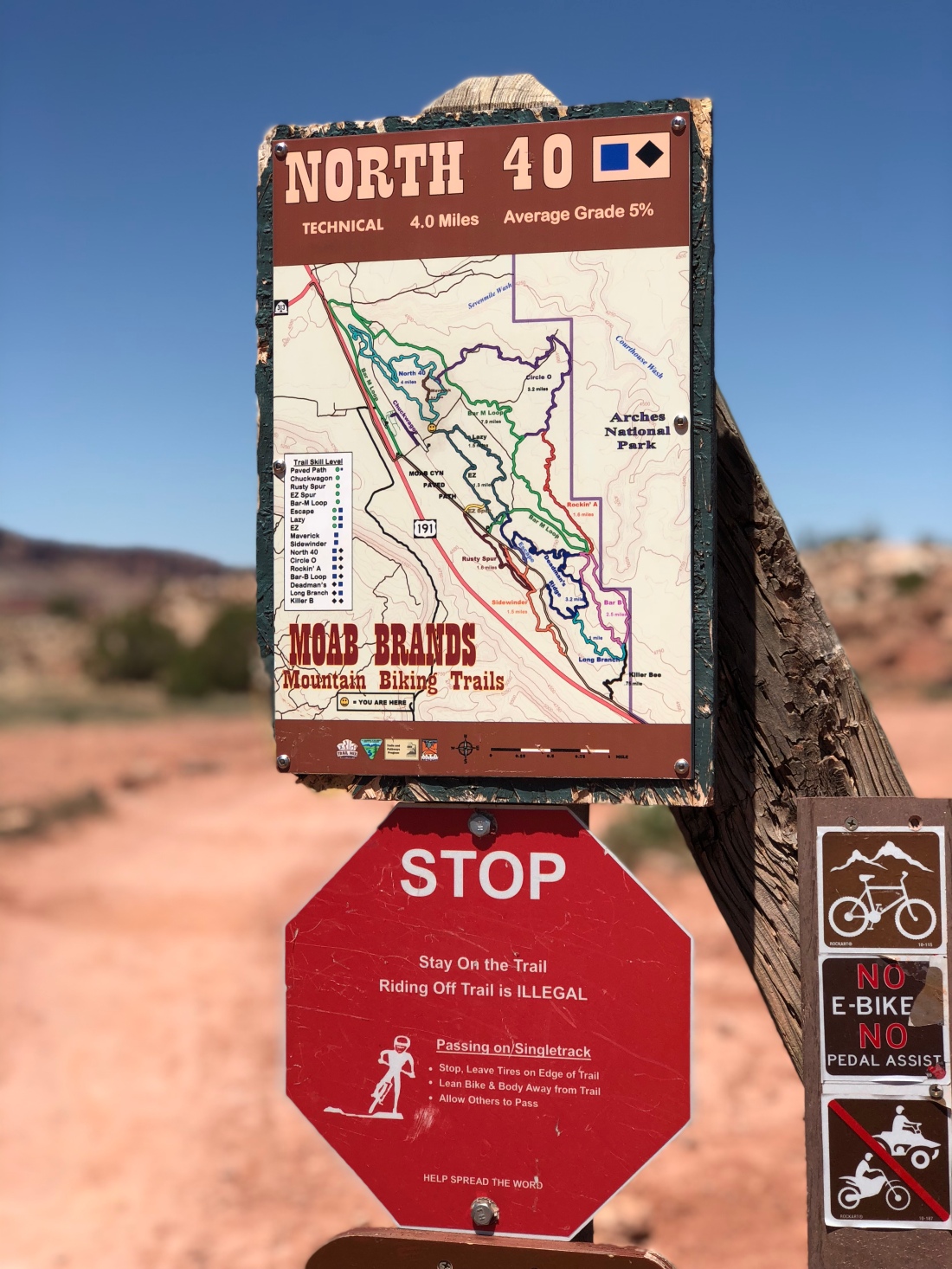 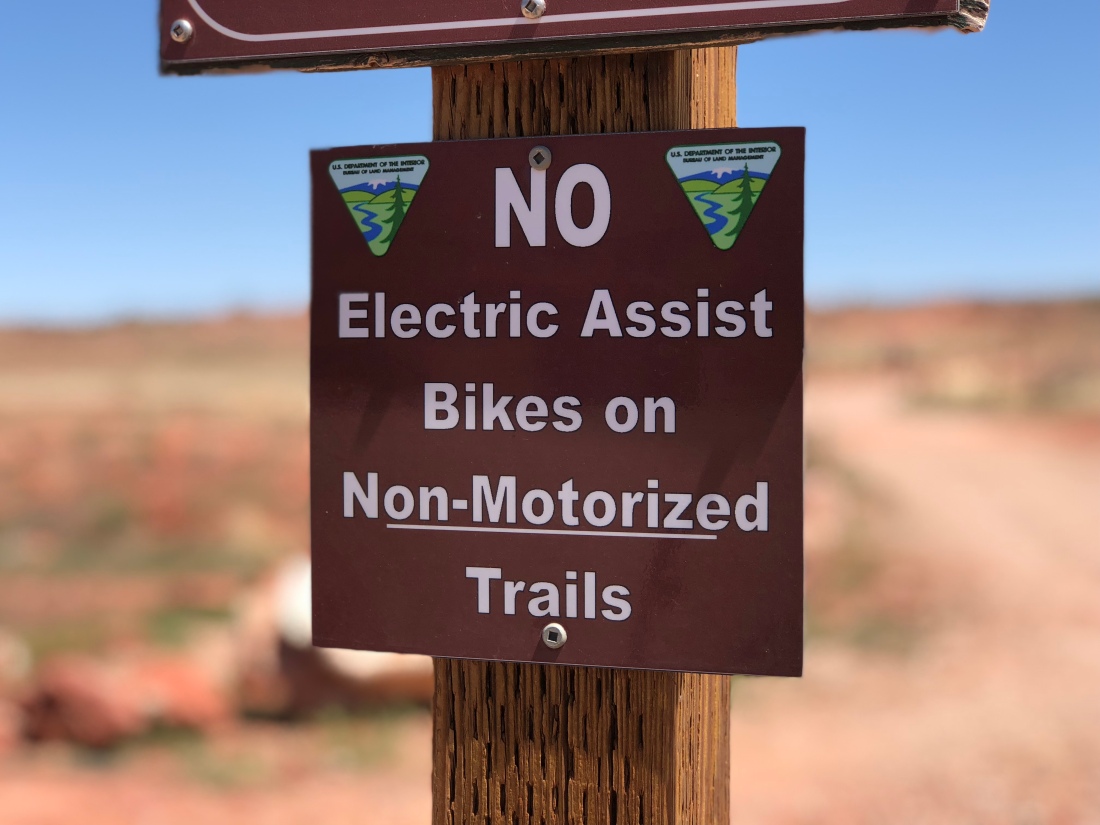 Before I tell you more about this trail, I should mention I love geeking out over how people build their “adventure machines”, some of which were in the parking lot. 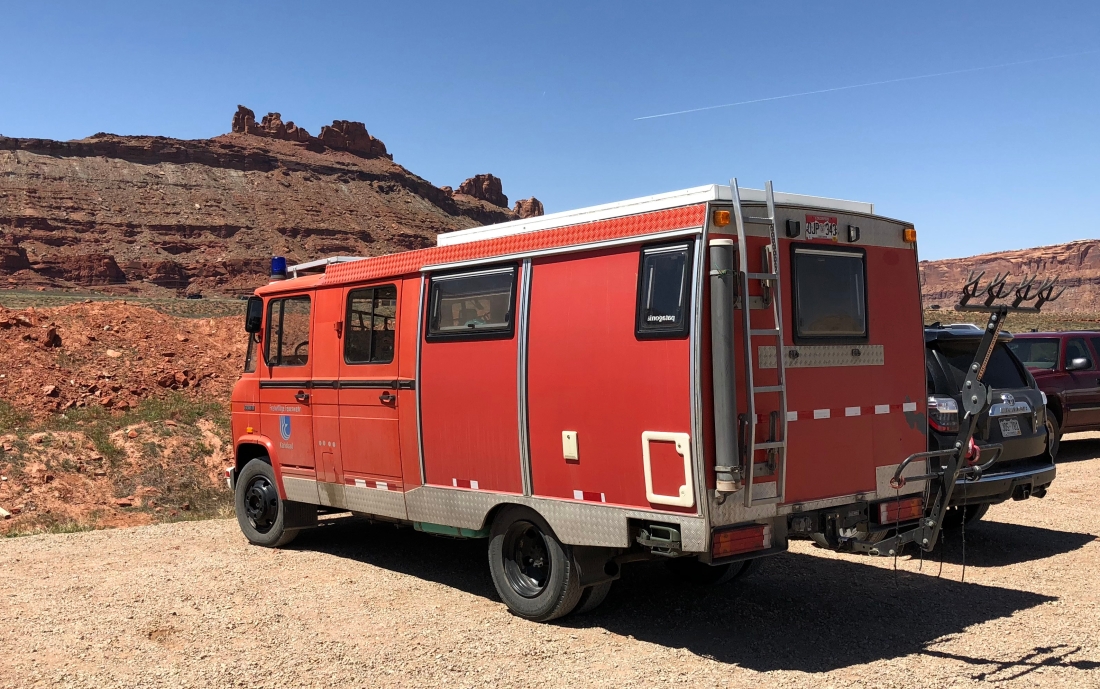 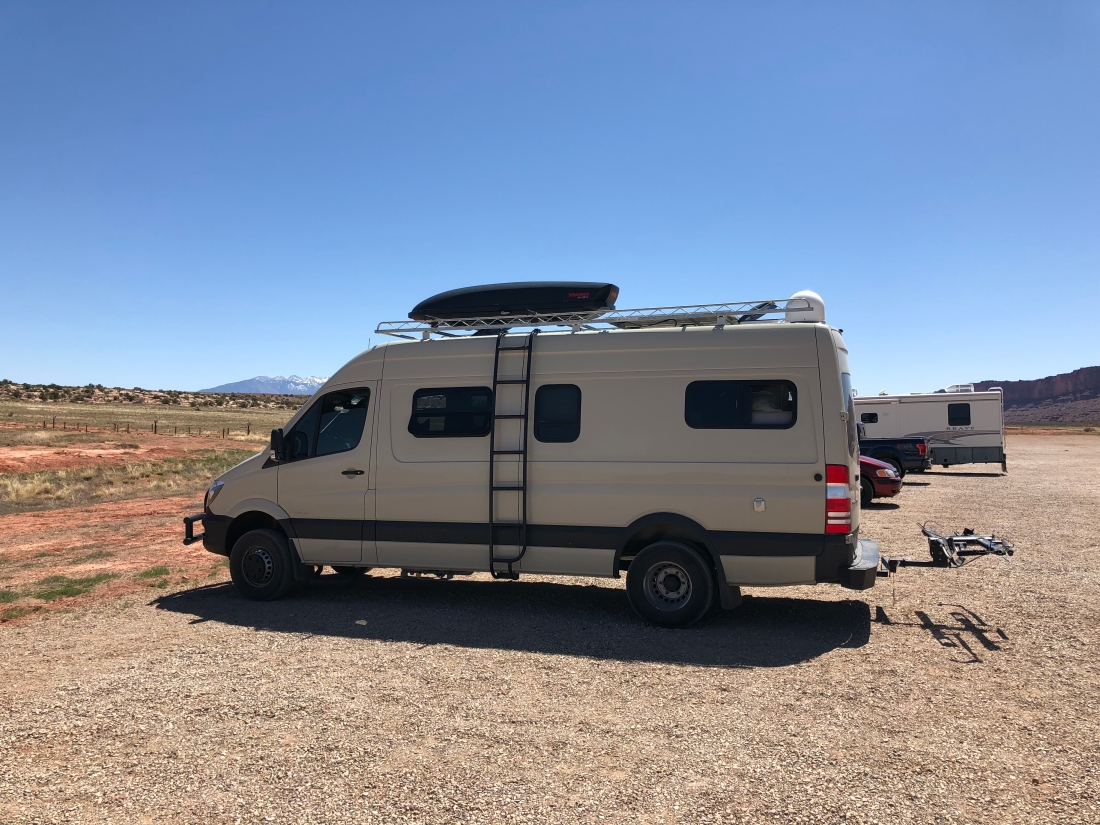 I wonder how much difference that roof rack really makes in the scheme of things?

The North 40 is kind of like when your own dog bites you. You’re thinking- but – you love me. You know me. Why would you bite me? North 40 seems so tame as it climbs some easy going slickrock and hardpack. 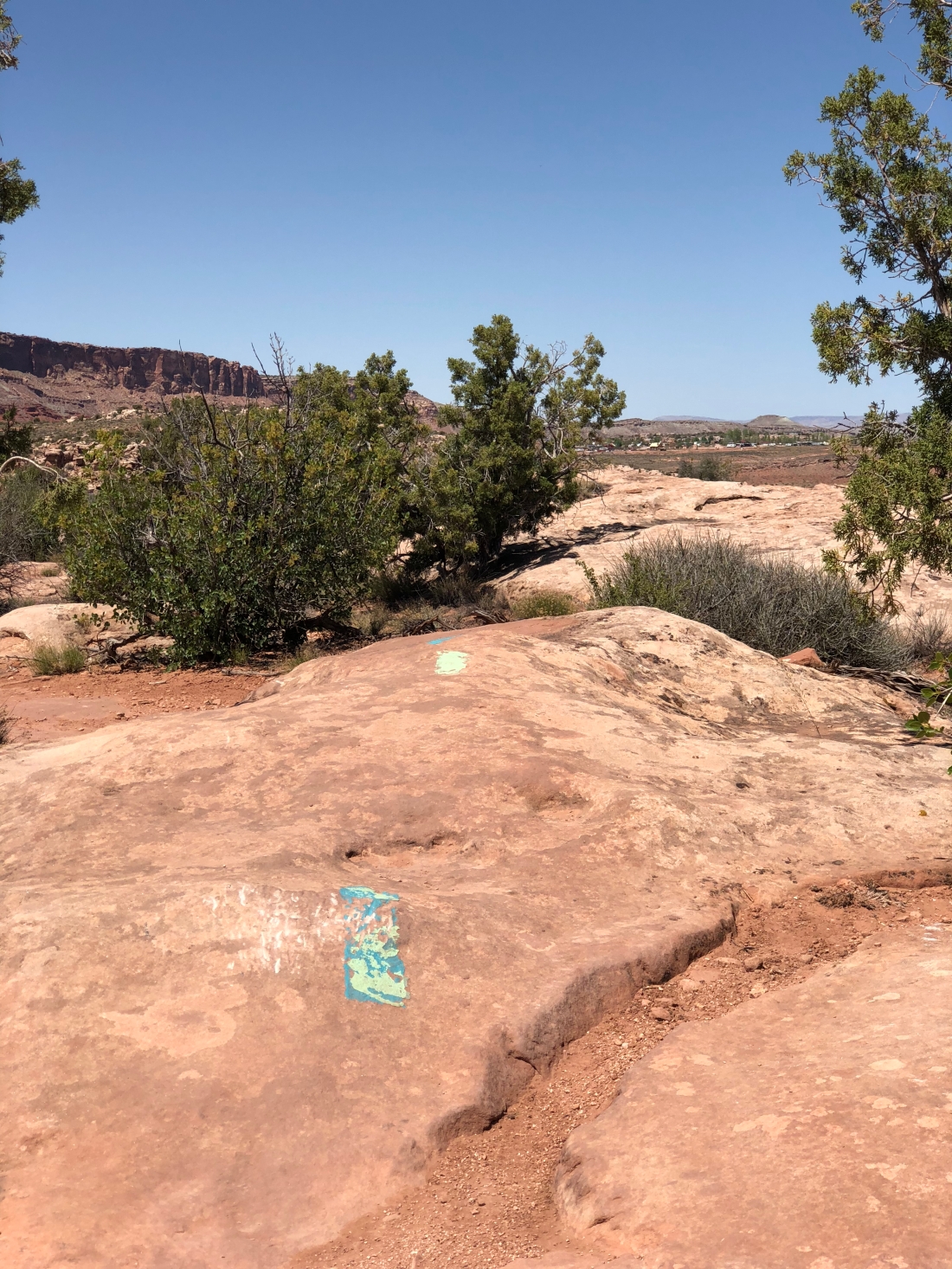 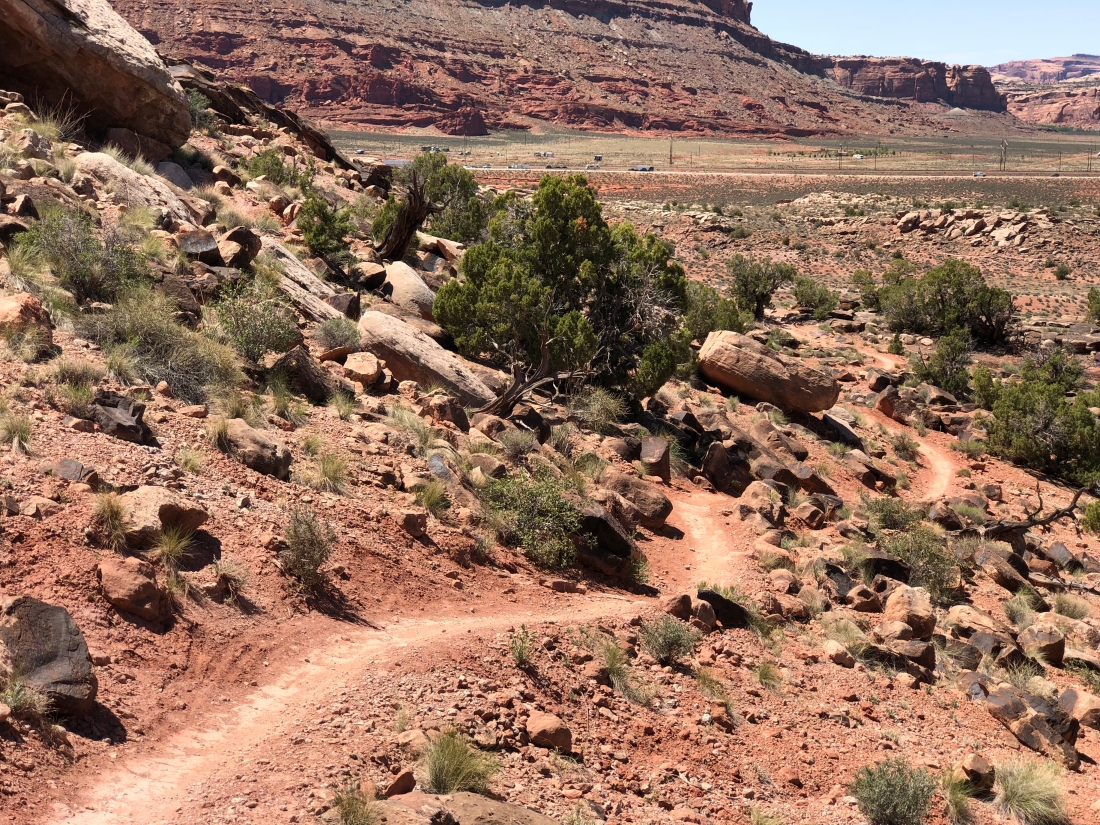 But then it starts throwing this kind of stuff at you. 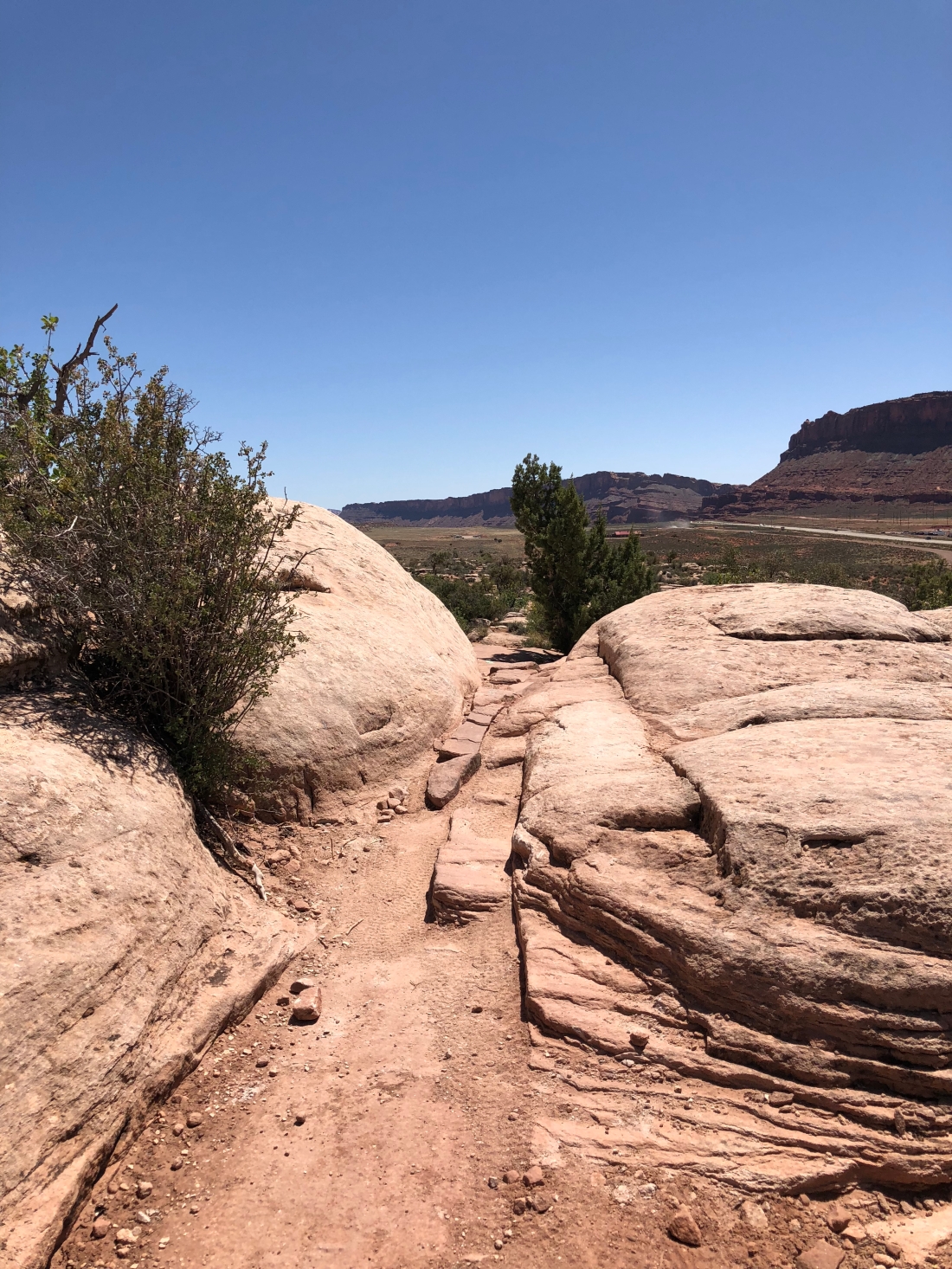 Now that’s ok. I mean, I don’t want my dog biting me – but a trail like this keeps you honest. It makes you a better rider, and the risk is generally well constrained. I dismounted a half-dozen times, but I think laying down your Moab neural network would make internalizing those lines a snap if you were lucky enough to ride here all the time.

I’m not sure why, but flowers in the desert amaze me. I think it’s because of the contrast – in a terribly hostile place like the Utah desert where almost nothing lives you find this! 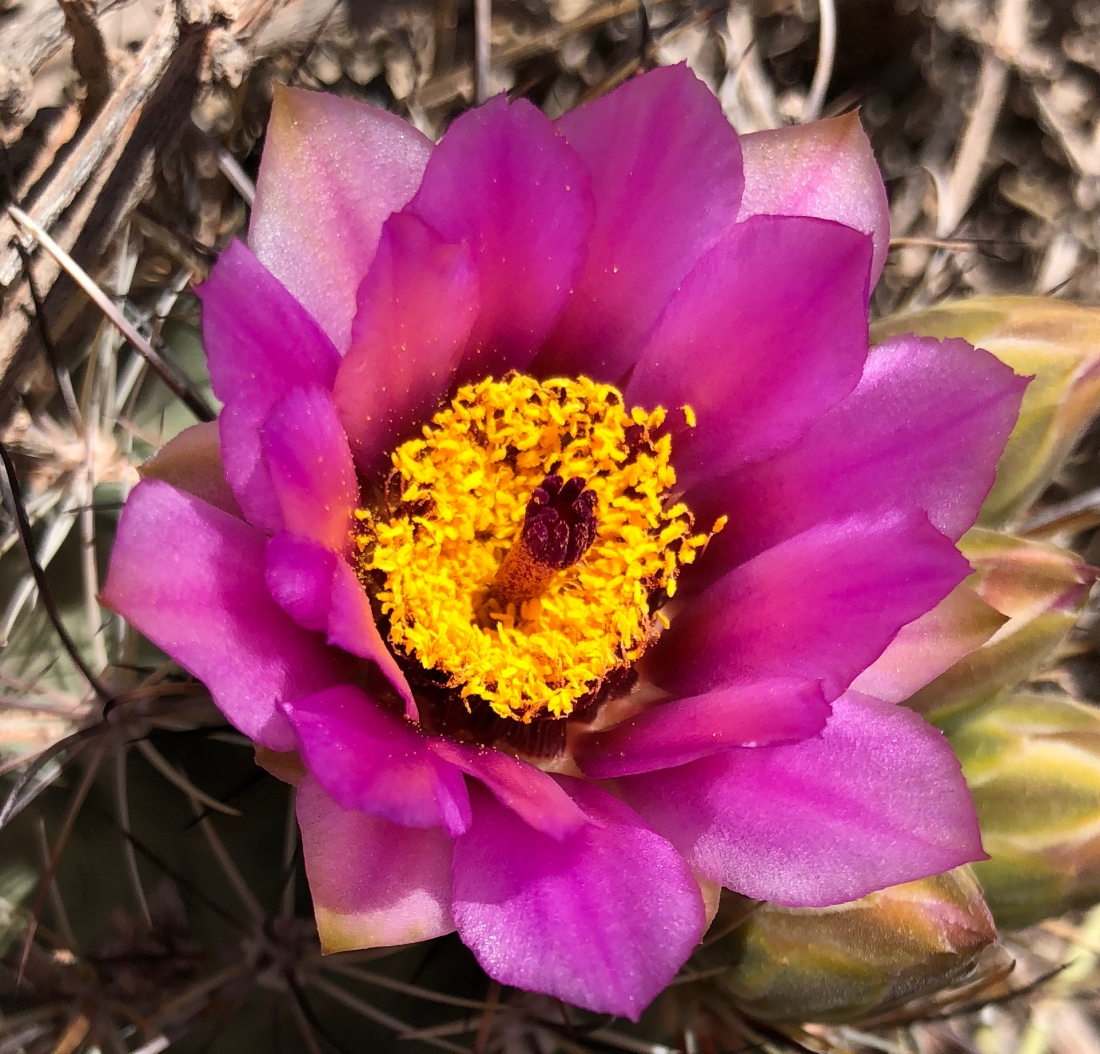 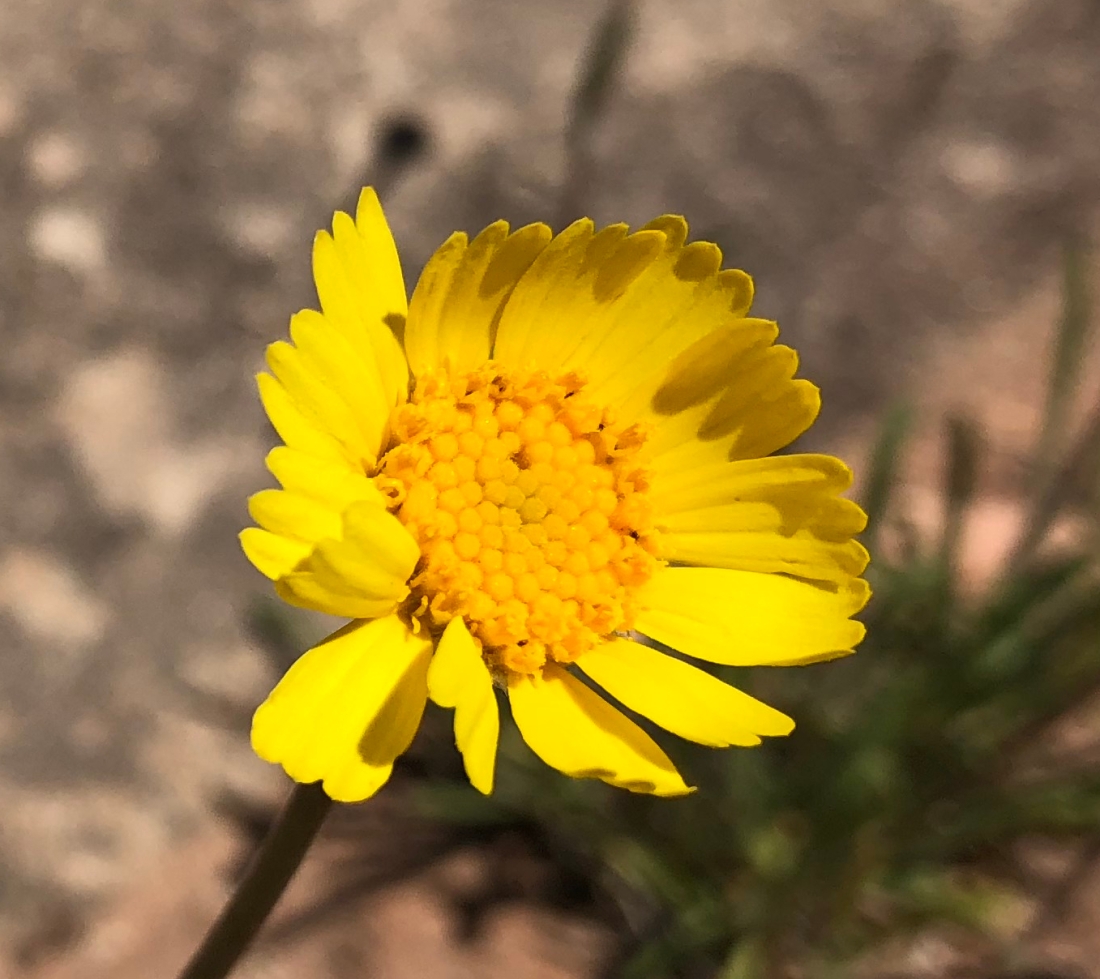 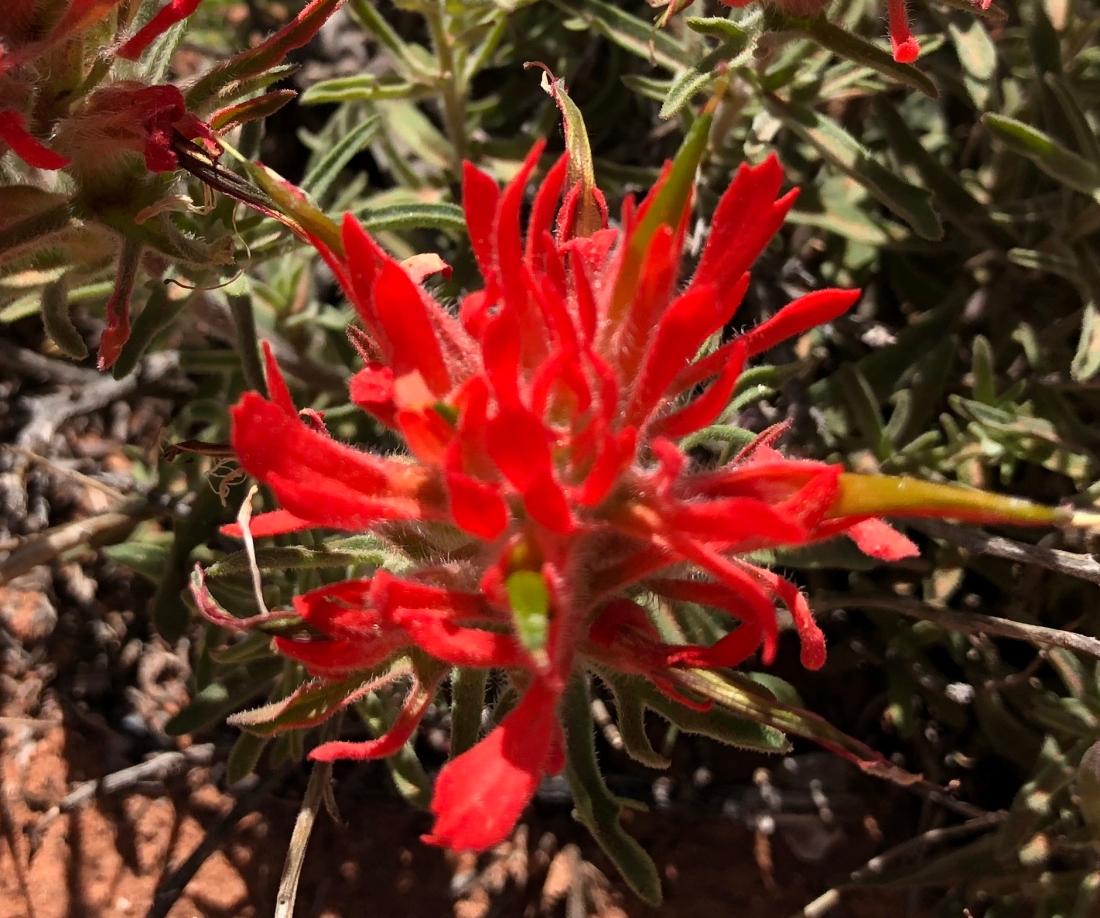 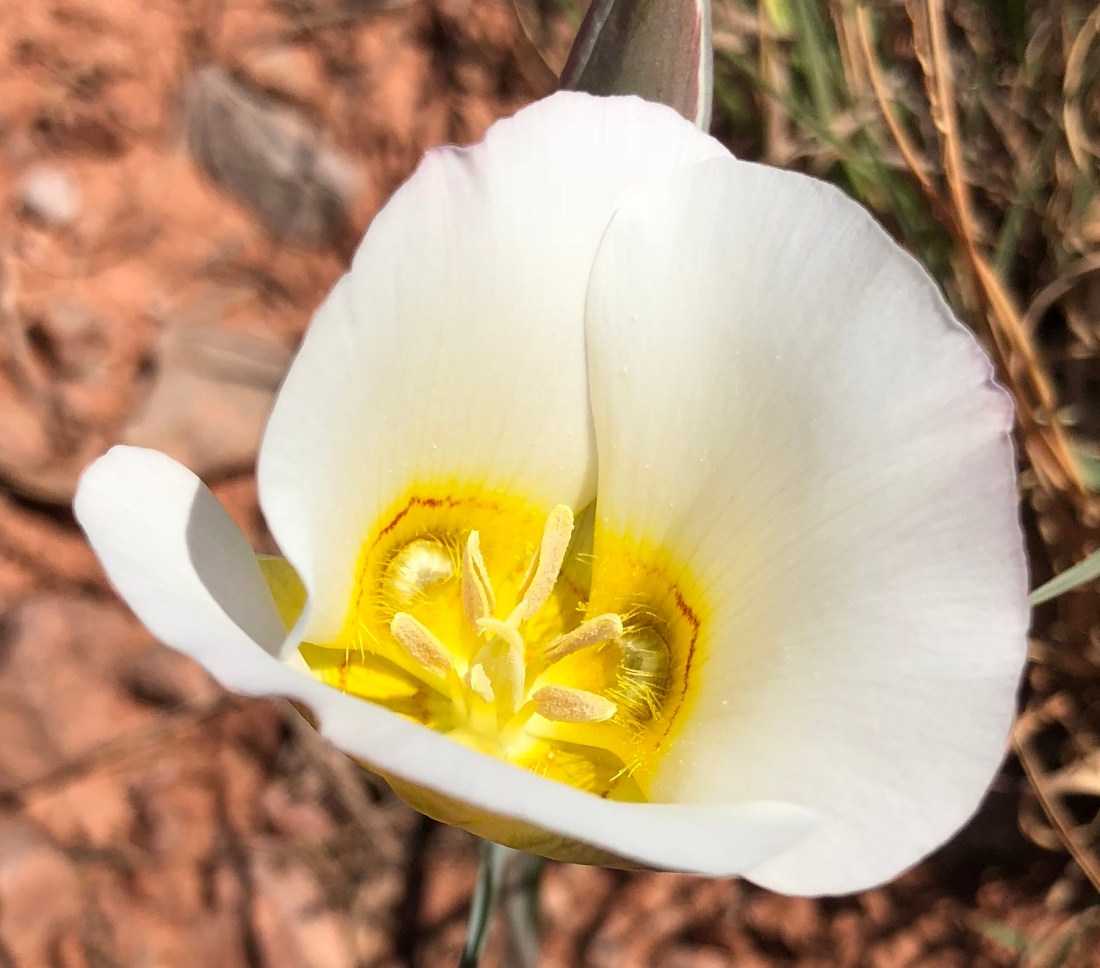 Evidently Mighty Manganese is responsible for the black coloration on the rocks in Moab. We read that on a sign in canyon lands. Well – ok they didn’t say “mighty”, I added that part, probably from too much Sesame Street in the 70’s, but my statement is still accurate. 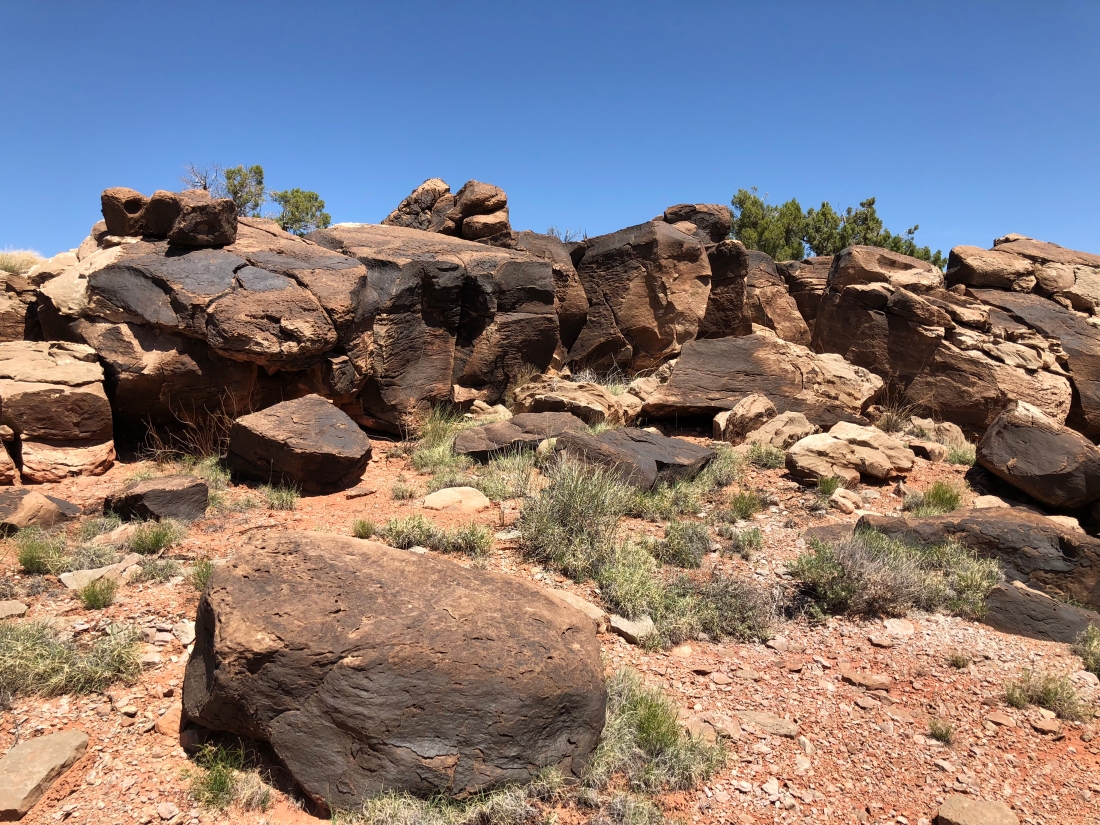 The distinctive green color in many of the hills around here is, according to the fine folks at the Utah Geological Survey, caused by chlorite or clay consisting of iron silicate. 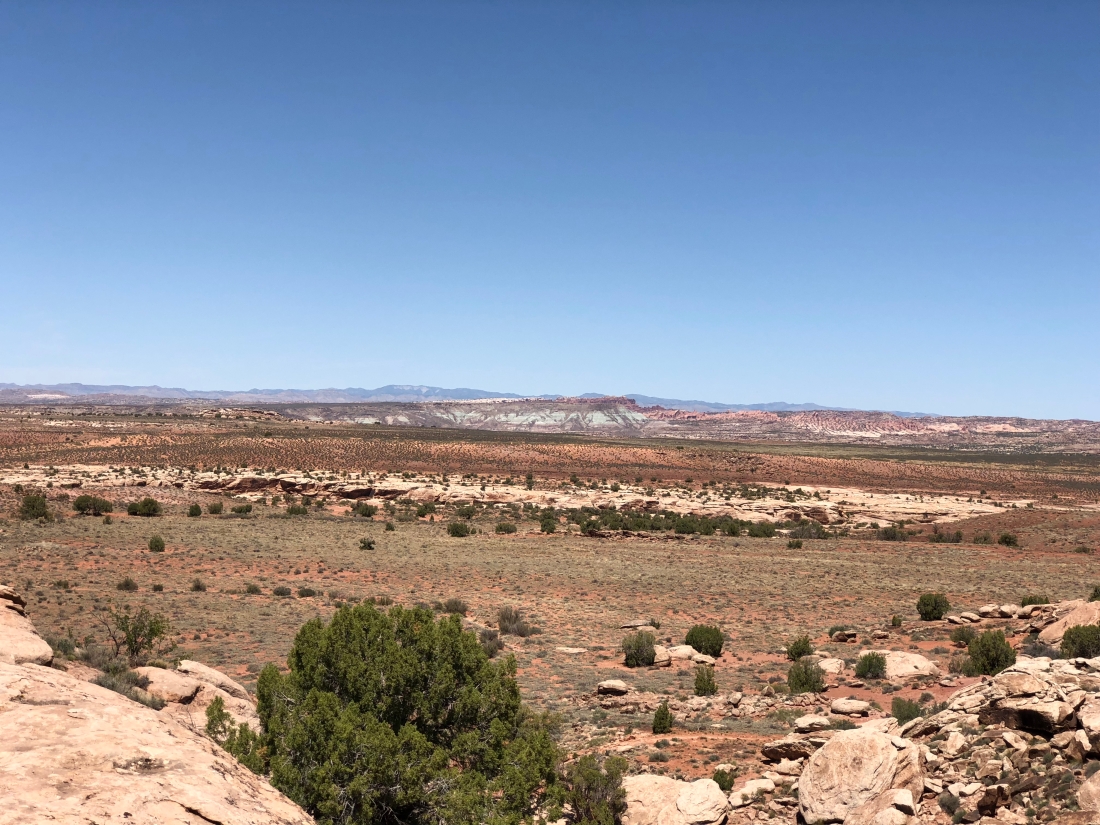 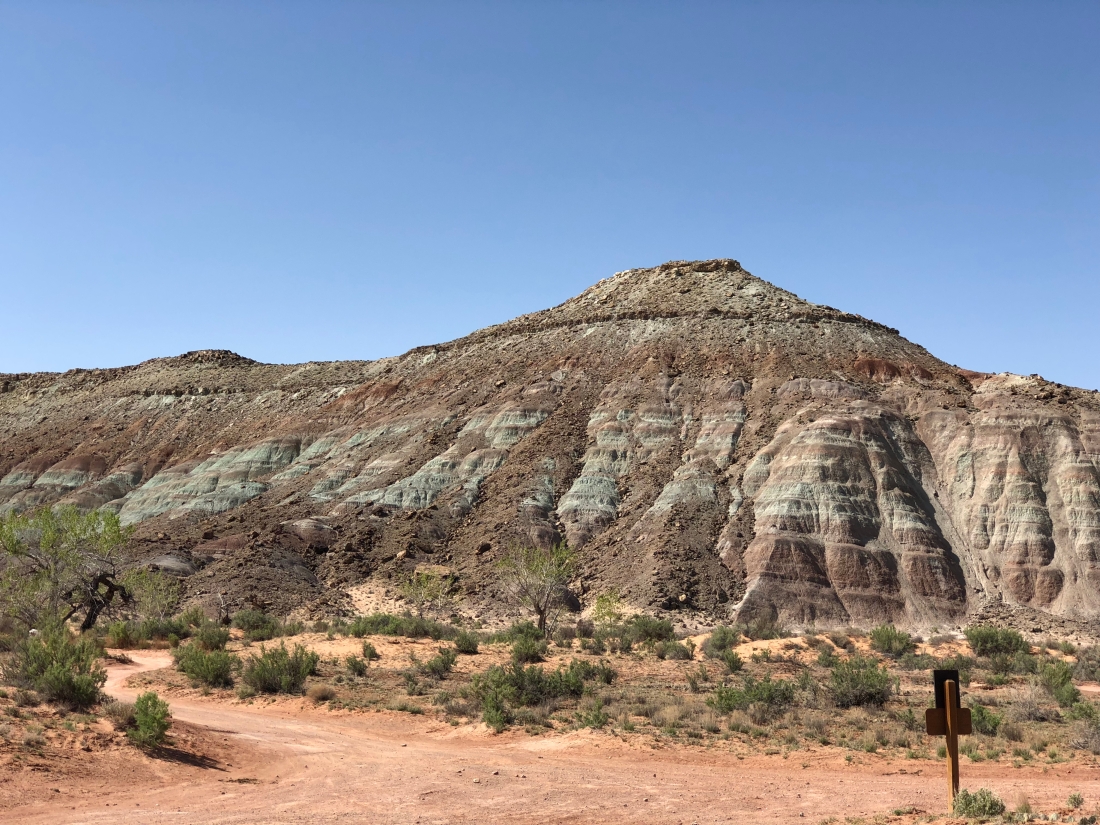 Tomorrow we’re riding the Klondike Bluffs. Peace out my friends, one more day of riding to come.